Even though Phuket is a small island it has been forgotten by those further up. For the first time the government is now looking at establishing a small rail service for Phuket. This will enhance not only the island but add value to the property on the island. Phuket property is much cheaper than property in Spain but it is the overall cost of living that makes Phuket a far better place to buy a holiday or retirement home for you and your family. Property values even though stable now while we go through the global recession, are set to take off again in 2010. Now might be a good time to invest in property in Phuket. 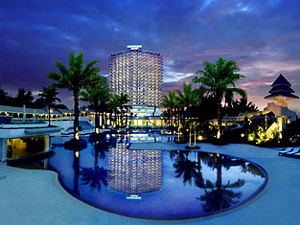 As stated before on this website. If you want to purchase property on Phuket Island, speak to an attorney before signing any documents. It is after all the big print which giveth and the small print that taketh away. Don't lose your head or your nest egg by ignoring what you are reading now. There are many issues with property in Thailand and should you not heed this advice, you have nobody to blame for your loss other than yourself.

Be wise - speak to an attorney first!